Do you have an American Express
Business or Corporate Card?

Should National Differences be Criticised or Celebrated When Doing International Business?

The dream of any international business is to sell products worldwide without the need to adapt them to local laws and cultural norms in the countries where they sell. Doing business overseas is much easier if everyone works to the same standards. Unfortunately, despite moves towards harmonisation of standards in the Uruguay round of the General Agreement on Tariffs and Trade (GATT),1 doing business overseas is still complicated by national differences in laws, regulations and culture.

Take automobiles, for example. In most of the world, standard design puts the driver on the left-hand side of the car, since they will be driven on the right-hand side of the road. But of course here in Australia, automobiles are driven on the left-hand side of the road and therefore to sell into Australia, car manufacturers must produce automobiles specifically adapted for left-handed roads. For them, this is a cost of doing international business. But for companies like Toyota, Hyundai, Mazda and Ford, it is well worth it: they had the five best-selling cars of the year in Australia through September 2016, selling a combined total of 146,921 vehicles (Toyota had two of the five).2

Language differences can raise the cost of doing international business, too. Negotiating a business deal is all but impossible if you only speak English and your potential international business partner only speaks Mandarin. Worldwide, there is growing use of English as the language of business. But not everyone is fluent, so important subtleties can be lost in translation when one side isn’t. Negotiating a trade deal often requires the services of translators.

Even when international business partners themselves speak English, their customers might not. Instruction manuals for products may have to be produced in multiple languages. The Swedish firm IKEA solved this problem by producing instructions for their flat-pack furniture entirely in pictures. But this is not possible for essential safety and technical information in technology products such as computers and smartphones.

Then there are cultural differences. These can be quite subtle, and they affect all parts of the international business relationship. Advertising, for example, may need to be adapted to work in different countries. Advertising campaigns that work well in the U.K. may not work at all in the Australia due to differences in humour and language, or campaigns that make assumptions about lifestyles based on how people live in the Australia can be incomprehensible to a Chinese audience.3

Lack of international agreement on the status of educational qualifications can also impede international business, particularly in service industries. If, say, an accountancy qualification gained in Gabon is not recognised in Australia, its holder cannot sell accountancy services to Australian firms. Lawyers and tax accountants particularly suffer from these kinds of barriers, since countries are intensely protective of their national laws and tax rules.

Perhaps the biggest area of contention over international standards is in intellectual property. Patents granted in Australia are not recognised in other countries, opening the door to what firms hoping to sell patented goods in other countries might regard as unfair competition from copies. Often, trade deals try to ensure that patents granted in one country are recognised by all countries that are party to the agreement, thus encouraging international business. But since in effect this means enforcing one country’s patent law in other countries, it can be seen as overriding national laws.

Countries can be fiercely protective of local standards, particularly when they are suffering economic difficulties. Raising barriers to international business is sometimes seen as a solution to a domestic slump. If we shut out foreign companies, the thinking goes, domestic businesses will grow and thrive. Impeding international business does not have to mean imposing tariffs; it can simply involve tightening local regulations and adopting policies that favour local businesses over foreign ones.

The rising tide of protectionism about which the World Trade Organisation (WTO) has recently expressed concern mainly arises from countries reinforcing local regulation and encouraging local rather than international business.4 This can be bad news for service industries, since overseas services often depend on favourable regulation and a level playing field.

Of course, differences among countries can be advantageous for international business. Marketing companies and advertising agencies, for example, benefit from cultural differences that make standardisation of marketing approaches impossible. Language services – including simultaneous translation facilities – do very well in a multi-language world when overseas business is booming. And where would the global food and restaurant industries be without cultural differences in taste and cooking practice?

Above all, those who work to oil the wheels of international trade – negotiators, lawyers, accountants, supply chain consultants and financial services providers – benefit from the fact that not all differences can be ironed out.

With 17 years experience in the financial industry, Frances is a highly regarded writer and speaker on banking, finance and economics. She writes regularly for the Financial Times, Forbes and a range of financial industry publications. Her writing has featured in The Economist, the New York Times and the Wall Street Journal. She is a frequent commentator on TV, radio and online news media including the BBC and RT TV. Why Do You Need A Foreign Exchange Risk Management Strategy? 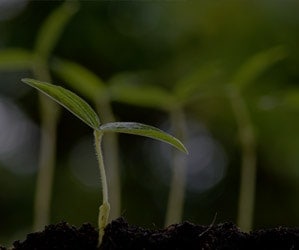 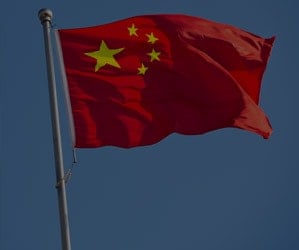 Do you have an American Express
Business or Corporate Card?

The information contained in this webpage has been prepared without taking into account your objectives, financial situation or needs. You should read the PDS and consider the appropriateness of International Payments in relation to your individual requirements.

Articles, comments and any other materials available on or through the FX International Payments website do not reflect the opinions or analysis of the American Express Company or any of its affiliates, subsidiaries or divisions. American Express is not responsible for, and does not validate, any information, opinions, assertions or statements expressed in any such materials, or the identity or credentials of the individuals communicating through the site. Information available on the site does not, and should not be relied upon to, replace the advice of your own professional legal, tax and financial advisors.

Users of this site agree to be bound by the terms of the American Express Web Site Rules and Regulations.