The Comprehensive and Progressive Agreement for Trans-Pacific Partnership (CPTPP), a free trade agreement signed in March 2018 by 11 Pacific Rim nations, aims to reshape import-export trade and investment in the region.

The CPTPP is sometimes called TPP-11, as it has emerged from the Trans-Pacific Partnership (TPP), which initially included the United States. CPTPP was renamed and modified after the U.S. withdrew in January 2017. The CPTPP document1 retains most of the original text in the 30 chapters and extensive annexes of the TPP,2 though observers have identified about 20 key TPP provisions, such as stronger intellectual property protections, that have been suspended.

Some see the pact entering into force as early as March 2019, once ratified by legislatures in at least six of the CPTPP member countries.3 The 11 current members are Australia, Brunei, Canada, Chile, Japan, Malaysia, Mexico, New Zealand, Peru, Singapore, and Vietnam. Their combined GDP is $10 trillion, accounting for 13.5 percent of the world's economic output.4

Other countries that have reportedly indicated they may seek to join the group include Indonesia, the Philippines, South Korea, Taiwan, Thailand, the U.K., and the U.S.5,6,7 The agreement allows for more countries to join after the agreement enters into force, if terms and conditions can be negotiated.8

An even larger Asia trade agreement is also advancing, involving six of the CPTPP countries, and could further restructure the Asian trade environment. The latest negotiations on the 16-nation Regional Comprehensive Economic Partnership (RCEP) also took place in early March 2018, coinciding with the signing of the CPTPP, though the meeting was not expected to be conclusive.9 The RCEP would cover the 10 members of the Association of Southeast Asian Nations (ASEAN), plus Australia, China, India, Japan, South Korea, and New Zealand.10 If agreed, it would create the world's biggest trading bloc, with a combined GDP of $23.8 trillion.11 There is overlapping participation in the RCEP and CPTPP (Australia, Brunei, Japan, New Zealand, Singapore, and Vietnam). However, two of the largest parties to the RCEP negotiations, China and India, are not in the CPTPP.

The CPTPP will eliminate over 95 percent of tariffs in the bloc,12 though some could take 10 years to drop to zero; it also lowers bureaucratic and regulatory obstacles to regional trade and investment.13 Singapore Trade Minister Lim Hng Kiang summarized its benefits to members, saying "The CPTPP will enhance trade among countries in the Asia-Pacific, resulting in more seamless flows of goods, services, and investment regionally."14

Below are some of the CPTPP provisions that could also have implications for U.S. import-export traders.

Digital trade. The Financial Times has reported that the CPTPP is the world's first international trade agreement to require the free flow of data across borders.15 It bans countries from requiring companies to house data locally, while also including provisions to protect consumer privacy. (Data localization has raised concerns around the world as a potential barrier to digital trade.) The pact also prohibits the imposition of customs duties on digital products, such as music and software, and encourages paperless trading between business and government, including electronic signatures for commercial transactions.16

Made in the CPTPP. Rules of origin provide incentives for businesses to integrate production and supply chains within the CPTPP bloc, treating materials from one CPTPP country the same as others.17

Several businesses outside of the CPTPP trading bloc have expressed concern about the kind of international trade competition they will now face. While some large U.S. corporations might find ways to take advantage of the CPTPP through Asian subsidiaries and global networks, smaller import-export traders could be disadvantaged, according to Asian Trade Center Executive Director Deborah Elms.19

On the export side, a 2016 study by the Petersen Institute for International Economics had calculated that the TPP would increase annual U.S. exports by $357 billion, or 9.1. percent, when the agreement was nearly fully implemented in 2030.20 Now, for example, the U.S. Wheat Associates trade group estimated that, under CPTPP, hundreds of millions of dollars a year could be lost to American wheat growers.21 On the import side, U.S. retailers and clothing importers had expected the TPP to bring lower tariffs on thousands of items coming from countries such as Vietnam, according to California Apparel News.22

Governments within the trade bloc, on the other hand, cite long lists of specific benefits to their industries, as they promote legislative approval of the CPTPP. For example: "Singapore companies will gain from the substantial elimination of tariffs and non-tariff barriers for goods, improved access for service suppliers in a wide range of sectors, greater facilitation of investments, and improved access to government procurement contracts," said Trade Minister Lim.23 Another example: "Gaining preferential access into Japan, the world's third-largest economy, as well as Canada, Mexico, and Peru, for the first time will open up new export destinations for our small and larger businesses," said the New Zealand Ministry of Foreign Affairs and Trade.24

Even in these countries, however, support for the CPTPP can vary among industry groups and political parties. Among its critics are the Dairy Farmers of Canada,25 New Zealand's Green Party,26 and others that will be part of the legislative debate to ratify the pact in its 11 member countries.

Explaining How Global Trade and Financing Really Does “Balance”

The international trade implications of the recently signed CPTPP will emerge in the coming months and years. The changes to import-export trade and investment in the 11-nation Pacific Rim trading bloc will be gradual but important to monitor for companies doing business in the region. 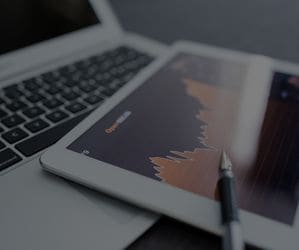 Harnessing the Power of Digital for International Trade Finance 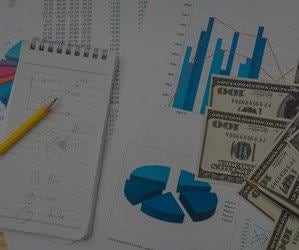 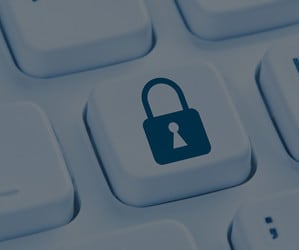