Over the course of the last century, the exchange rate of the British pound versus the U.S. dollar declined dramatically, from around $4.70 to the pound in 1915 to about $1.65 by 1998. It stabilized in the early years of this century, but has fallen again since the financial crisis and is now down to about $1.28.1

But for most of the 20th century, the British pound was in fixed or managed exchange rate systems. So how could such an extraordinary fall come about, and what effect did it have on the world economy?

At the beginning of the 20th century Britain was the world's largest imperial power. The British pound's value was fixed in terms of gold. As most of Britain's trading partners were either linked to it through colonial ties or had adopted the gold standard themselves, the British pound was the world's dominant currency, and the Bank of England (BoE) was the hub of the global financial system. This period is known as the "classical" gold standard.

But this "golden age" came to an end with World War I. Britain, like other European powers, suspended convertibility of its currency into gold and silver during the war. The U.S. did not. Furthermore, the U.S. entered the war late, and survived relatively unscathed compared to Europe. By the end of the war, Britain's economy was much weaker than that of the United States and much of its gold had departed across the Atlantic. The government was highly indebted, having borrowed heavily (mostly from the U.S.) to finance the war. This was reflected in sharp depreciation of the pound's exchange rate versus the U.S. dollar, reaching a then-unprecedented low of $3.66 in 1920.2

Reluctant to accept relative economic decline, and worried about inflation, Britain decided to return the pound to the gold standard at its pre-war value. To achieve this, the government slashed public expenditure across the board and maintained high levels of taxation,3 while the BoE raised interest rates to 7 percent.4 By 1925, the pound's exchange rate had recovered sufficiently for the gold standard to be restored.5 However, the economist John Maynard Keynes, writing that same year, warned that restoring the gold standard at the pre-war rate would render Britain's export industries uncompetitive, causing job losses and falling wages.6 He was right: export values declined thereafter,7 and by 1927 unemployment reached 14 percent.8 For Britain, the "Roaring Twenties" were a time of economic stagnation and misery.9

Over the next few years, matters became worse as the Depression took hold. By 1931, Britain's economy was in recession and its trade deficit had ballooned. As previously discussed, under a gold standard, trade deficits mean gold outflows. But Britain had never managed to rebuild the gold reserves lost in World War I. Faced with the prospect of running out of gold, the BoE suspended convertibility of the pound to gold.10 The pound's exchange rate promptly fell, reaching $3.50 dollars to the pound by 1932. Thereafter, it rose as the U.S., too, broke the link to gold and the British economy started to recover. By the time World War II broke out in 1939, the pound's exchange rate was stable at about $4.90 to the dollar. The U.K. government devalued sterling to $4.03 early in the war and fixed it thereafter at that rate until 1949.11

The first cracks appeared in the British Empire with the secession of Ireland in 1922. Australia, Canada and South Africa were granted autonomy in 1931, though they remained subject to the British Crown. Nevertheless, at the time of World War II, the British Empire still covered a quarter of the globe.

But although the British won the war, they lost the empire. In 1947, the "jewel in the crown," India, was granted independence, followed by Ceylon (Sri Lanka), Burma (Myanmar) and Palestine in 1948. After the Suez Crisis of 1956, the British government was forced to admit that the British economy, damaged by war and depression, could no longer support its Empire.12 Over the next few decades, Britain progressively dismantled its colonies. The last to leave was Hong Kong, which returned to China in 1997.13

As the British Empire shrank, the importance of the British pound as an international currency declined, and the "sterling zone" (the countries that used the pound or pegged their currency exchange rates to it) diminished. When the pound was devalued versus the dollar in 1949, most of the world followed suit; but by the time of the 1967 sterling devaluation, the sterling zone had shrunk so much that only 14 countries followed the U.K. in devaluing.14

In parallel with the decline of the pound, the U.S. dollar rose in significance – and so did its exchange rate. Maintaining sterling's exchange rate to the U.S. dollar became increasingly difficult. Nonetheless, British policymakers remained convinced that a strong pound was best for the economy. After President Nixon suspended the U.S. dollar's convertibility to gold in 1971, the U.K. entered into a European managed exchange rate system known as the "snake in the tunnel." But keeping the pound within the tunnel proved impossible: in 1976, the U.K. government sought assistance from the International Monetary Fund (IMF) to end a run on the pound. The pound recovered, but when a new government led by Margaret Thatcher ended exchange rate controls in 1979, the pound lost its gains, eventually sinking to $1.30 to the dollar in 1985 (though the Plaza Accord brought its exchange rate to the dollar up again).

From 1987 onwards Chancellor of the Exchequer Nigel Lawson unofficially pegged sterling's exchange rate to the deutschmark.15 This was followed by entry to the European Exchange Rate Mechanism (ERM) in 1990. But Britain's membership of the ERM was short-lived: in 1992 it was forced out by persistent speculative attacks on the pound.

Leaving the ERM marked the end of direct exchange rate management in the U.K. Ever since then, the BoE has managed inflation by means of interest rates and allowed the pound's exchange rate to float freely.16

Originally a private institution created to fund the Government, the BoE was nationalized in 1946 and is now wholly owned by the U.K. Government.17 However, it did not become fully responsible for monetary policy until 1998, when it was granted "operational independence."18 Now, the Bank's mandate and objectives are set by the government, but it is free to decide how to meet them.

The BoE has a "dual mandate," though the two components of its mandate don't have equal weight. Its primary monetary policy objective is to deliver price stability. Its secondary objective, which is subject to the first, is to support the Government's economic objectives including those for growth and employment.19 The BoE's inflation target is set by the Chancellor every year in the Budget statement. The Governor of the Bank is accountable to the Chancellor for meeting that target: if inflation overshoots or undershoots by more than 1 percent, the Governor must write to the Chancellor explaining why inflation is outside the limits and what measures are being taken to bring it back to target. Interest rate policy is set by the Monetary Policy Committee, a committee of financial experts and economists chaired by the Governor of the Bank.20

What is a "Carry Trade," and How Does It Affect Foreign Exchange Rates?

The Bank of England's journey from Government banker to independent manager of the U.K. economy has encompassed war, depression and the collapse of the largest empire in history. The exchange rates of a century ago have been consigned to the dust of history, along with the gold standard of which they were part. 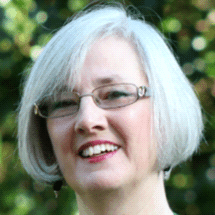 With 17 years' experience in the financial industry, Frances is a highly regarded writer and speaker on banking, finance and economics. She writes regularly for the Financial Times, Forbes and a range of financial industry publications. Her writing has featured in The Economist, the New York Times and the Wall Street Journal. She is a frequent commentator on TV, radio and online news media including the BBC and RT TV. 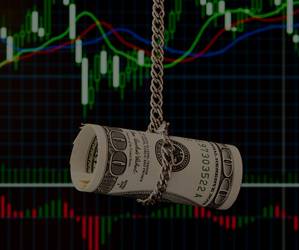 How the Transition to Floating Foreign Exchange Rates Impacts Businesses