As innovative financial solutions like open banking and cross-border payments expand around the world, many global financial regulators are facing the same problem: balancing financial stability with rapid innovation. To keep up with the times, regulatory bodies are turning their attention toward standardization and risk-reduction initiatives, according to recent research—but they’re often doing so differently around the world, raising the concern of cross-border inconsistency.

According to Capgemini’s Top-10 Trends in Payments: 2019 report, global financial regulators are developing new application programming interface (API) initiatives and fintech standards to enable payment interoperability and protect customers without thwarting industry growth and competition.1 The report notes that balancing rapid innovation with standardization is a key to developing a modern, sustainable international payments landscape. But cross-border payments and other international financial services may remain fragmented and complex due to a lack of global regulatory consistency.

In the U.S., the National Automated Clearing House Association (NACHA) launched Afinis, an organization working in collaboration with other countries and standards bodies to develop APIP standards across financial services platforms, including mobile. Afinis’s API standards are intended to help U.S. firms compete on the international payments front by accelerating innovation and improving the safety, efficiency, and interoperability of payment systems.2

In the EU, the European Payments Council (EPC) created an API Evaluation Group (API EG) to define API standard requirements. API EG is taking a harmonized, pan-European approach in hopes to establish a consistent view of what a “good” API looks like across all European markets.3

In India, an API stack initiative called IndiaStack is developing a collection of APIs to help businesses, developers, and governments utilize digital infrastructures. Through its cashless mobile infrastructure, IndiaStack intends to bring “millions of Indians into the formal economy.”4 The initiative promotes country-wide financial inclusion through transparency, accountability, security, and efficiency in its financial service models.

Brazil has been working to balance financial regulation with innovation since 2013. First, the Brazil central bank issued a new regulatory framework to promote financial inclusion while creating competition among financial institutions, which led to the creation of hundreds of new fintech companies.7 In 2016, the central bank introduced an agenda to simplify regulations and follow international payments standards. In the future, Brazil looks to implement its Central Bank Initiative instant payments system that will provide real-time payments for businesses, governments, and consumers alike.8

Mexico has also taken steps to standardize fintech solutions. In 2018, the Mexican government introduced a law to regulate the country’s fast-growing fintech sector in order to promote financial stability, reduce financial risks, and encourage innovation and competition among fintech companies.9

Several countries are also emphasizing the importance of user safety and security. In 2018, the Monetary Authority of Singapore (MAS) released e-payment user guidelines to establish “a common baseline protection offered by responsible financial institutions” in order to protect individuals from losses associated with unauthorized or erroneous transactions. Although the guidance is in place to protect e-payments users, the MAS notes that the guidance is not intended to be comprehensive nor override legislation.10

Thailand introduced its Payment Systems Act (PSA) in 2018 to improve the supervision of payment systems to align with international standards. The goal is to establish safety, security, efficiency, and public confidence.11

Blockchain has been expected to streamline international payments, but views of how cryptocurrencies fit into the future of the global payments landscape vary widely around the world. With some governments working to regulate cryptocurrencies and others banning their use altogether, regional differences have created a complex decentralized environment that has left many businesses reluctant to invest in blockchain-based cross-border payment initiatives.12

The U.S., for example, has taken a “regulation first, business later approach” in which the Securities and Exchange Commission (SEC) has designated cryptocurrencies as ‘assets’ rather than currency. Experts say the SEC’s requirements have deterred many major international crypto-companies from operating in the U.S.13

Many East Asian countries, on the other hand, have taken a “business first, regulation later” approach in which government agencies have generally allowed the use of cryptocurrencies. China, for example, was initially considered something of an “international refuge” for cryptocurrencies, but this changed in 2017 when the People’s Bank of China introduced a country-wide ban on initial coin offerings (ICOs). South Korea soon followed suit, banning ICOs for the foreseeable future, and Japan has restricted all cryptocurrency use to Bitcoin.14

Other countries, including Vietnam, Pakistan, and Bolivia, see cryptocurrency as a potential threat and ban the technology all together.15

New technologies may be all but eliminating the geographical barriers of doing global business, but cross-border payments are still fragmented by varying regional regulations. Global financial regulators are working to harmonize the complex international payments landscape in order to create the efficient, competitive, and secure payments arena that modern technology makes possible. 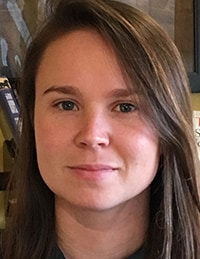 Megan Doyle is a business technology writer and researcher based in Wantagh, NY, whose work focuses primarily on financial services technology. 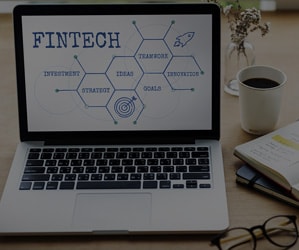 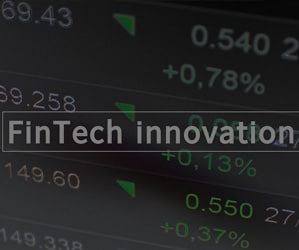