Breaking the Crypto Code: How to Accept Cryptocurrency Payments

The first challenge when figuring out how to accept cryptocurrencies is not thinking of it as just another form of payment. Many enterprises today accept more than a dozen payment mechanisms in-store and online (cash, checks, wire transfers/EFTs, multiple credit and debit cards, and a variety of digital mobile wallet and/or payment apps) but none of these share many attributes with Blockchain-based cryptocurrencies such as Bitcoin, Ethereum, Dogecoin, Litecoin, and the rest.

Still, depending on the nature of an SME and the geographies where it operates, there may be various marketing reasons to accept these new digital currencies—especially if dealing with a young and urban clientele. Doing so, though, requires an SME to accept a variety of regulatory, tax, privacy and security concerns, as well as the potentially steep value fluctuations made famous by bitcoin’s extreme exchange rate volatility. These are orders of magnitude more volatile than when accepting any non-cryptocurrency payment options.

Perhaps the best illustration of a company trying to allow its cybercurrency-holding customers to buy its goods while avoiding the cybercurrency risks is Starbucks. In August 2018, Starbucks signed up with Intercontinental Exchange.1 The deal allows Starbucks customers to use International Exchange to convert their cyber cash into U.S. dollars to use at Starbucks (or anywhere else).

Hurdles to Accepting Cryptocurrency as Payment

Such an arrangement helps merchants avoid both the volatility and tax issues associated with directly accepting cryptocurrencies.

Unlike how the IRS deals with losses from foreign currency fluctuations, "there is no capital gains exemption for purchases made with bitcoin. In this way, bitcoin is a second-class citizen under the law in terms of acting as a medium of exchange, much like gold,” noted CryptoInsider.4 "In fact, it is basically illegal to use bitcoin to purchase coffee in the United States if there is no intention to pay a potential capital gains tax associated with the payment," the publication added.

Some merchants are getting close to accepting cryptocurrency as payment, but many are still imposing various hurdles to limit their risk. KFC Canada, the fried chicken franchise, announced last year that it would accept Bitcoin as payment, but only for a limited time and in a limited way.

As Coindesk explained, KFC Canada called the move "The Bitcoin Bucket" and used a Facebook price-tracker to keep the valuation at about CAD$20.5 But that still doesn't mean customers can walk into a Canadian KFC and use their phone to pay with cryptocurrency at the cash register. Instead, KFC Canada accepted Bitcoin via third-party payment processor BitPay as an online-only checkout option for food that was then delivered. Visiting the site today, though, shows that the Bitcoin Bucket is “sold out.”6

A partial list of companies that are accepting the most popular cryptocurrency, Bitcoin, is available at the Bitcoin community website 99 Bitcoins. Only a few well-known companies are on the list, including Microsoft, Overstock.com, Playboy, Subway, Reddit, Virgin Atlantic, Whole Foods, and Expedia.7

Many of the companies on that list accept cryptocurrencies for payment only through some form of intermediary, like KFC Canada. Whole Foods, for example doesn't directly accept Bitcoin but it does accept Whole Foods gift cards, whose sellers include Gyft.com—which does accept Bitcoin payments.

For a company that has decided to accept cyber currency, the procedures can differ slightly based on the specific cyber currencies being accepted. But the procedure for accepting Bitcoins, courtesy of an article in Medium.com, are illustrative.8

The most direct route is to create a digital wallet for your company, according to Medium. Registering with one of the exchanges—such as Bitstamp, Coinbase, Coinmama, or Kraken—that have wallet services will provide a platform for accepting payments; the exchanges use a company's public key as the wallet address for customers.

Some exchange can create a QR code for customers to scan to make crypto payments easier. "All they have to do is scan it, put in the amount of Bitcoins necessary and sign with their private key," the Medium story said.

Benefits and Risks of Cryptocurrencies for International Payments

Greece’s Recovery Could Be Good News for Import-Export Trade 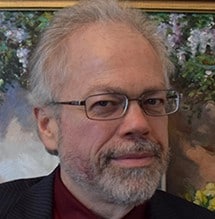 Mike Azzara has covered business and technology issues for more than 30 years as a writer, editor, publisher, consultant and analyst for media brands, startups and established corporations. Mike also is a principal at Content Marketing Partners 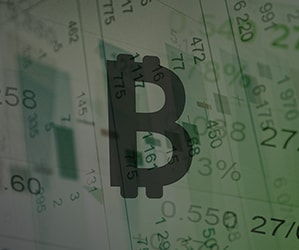 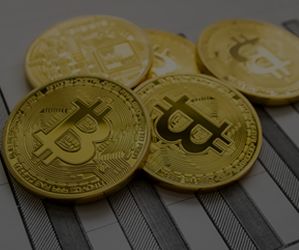 Cryptocurrencies and Their Potential as Global Payments Solutions