2018 was a trying year in international trade. Discord among trading nations and a throttling back of trade growth forced companies to recalibrate their import-export strategies. Yet, bright spots dotted the landscape, as well. For a quick refresher on the year, take this short quiz.

1) What percent of U.S. exports are services rather than goods?

ANSWER: A third. The U.S. has the world’s largest surplus of international trade in services, with $689 billion in services exports during the first 10 months of 2018, for a surplus of $226.2 billion. (Trade in goods is another story, with $1.4 trillion in merchandise exports in the same period, for a deficit of $729 billion).1 “With their increasing tradability and their rising importance as inputs to traded goods … services are poised to play an increasingly vital role in the United States’ economic growth and trade,” according to the Deloitte professional services firm.2 Globally, services trade is growing 60 percent faster than trade in goods, according to the McKinsey management consulting firm.3

2) True or False. Global trade has returned to normal following the Great Recession.

ANSWER: False. 2018 marked the 10th anniversary of the Great Recession, during which international trade fell hard. In 2009 alone, the volume of goods exported worldwide plunged 12 percent and services trade declined 9 percent.4 Ten years later, “it is increasingly clear that there will never be a return to the ‘old normal,’” according to a paper produced for the recession’s anniversary by the Chatham House, a public policy research center.5 Recent statistics show a tentative recovery, in terms of global trade volume and value. Still, businesses have changed the way they finance international trade, including the rise of open account trade. They have changed the way they conduct trade, as global digital platforms have emerged to provide international trade, finance, marketing, and logistics support. And, the Great Recession triggered protectionist and anti-globalization sentiments that linger today.

ANSWER: The CPTPP. The 11-nation Comprehensive and Progressive Agreement for Trans-Pacific Partnership (CPTPP, formerly TPP) entered into force at the end of 2018. So, the first seven countries that ratified the trade pact now benefit from lower tariffs and less administrative friction when crossing borders. Some American companies have expressed concern about being on the outside of the new trade bloc, whose ratified members now include Australia, Canada, Japan, Mexico, New Zealand, Singapore, and Vietnam (with Brunei, Chile, Malaysia, and Peru expected to ratify later).6 Accession to the trade bloc by additional countries, possibly including the U.S., is under discussion.7

4) How much of today’s international trade is driven by companies’ search for low-cost labor?

ANSWER: None of the above. Only 18 percent of global goods trade is now driven by labor arbitrage, McKinsey says. For various reasons, including rising consumer markets in Asia, this share has declined in many value chains over the last decade, reversing a trend of the previous 10 years. The pattern is uneven across geographies, though. The U.S. increased its share of imports from low-wage countries from 47 to 53 percent from 2007 to 2017, while the share dropped 3 percent in the European Union.8

ANSWER: It depends – and it’s complicated. In 2018, the dollar strengthened against other currencies; the Federal Reserve’s Broad Index (against a large group of major U.S. trading partners) recorded a 9.7 percent increase by the end of the year.9 The downside is that the dollar’s rise could harm the competitiveness of SMEs’ exports, and overseas earnings also translate into fewer dollars10 – though some U.S. companies could demand business-to-business (B2B) payment from abroad in dollars.11 On the upside, if SMEs manage to sell the same amount of exports despite the stronger dollar, it could increase their returns.12 A stronger dollar could also lower the cost of SMEs’ imports of raw materials and components. Meanwhile, an SME’s domestic customers may have more disposable income in their pockets, from lower overall consumer prices, to buy more of its goods at home.13

6) How have CEOs’ views changed over the past year on the prospects for global growth?

ANSWER: d. In an annual CEO survey published in January 2019, the PwC professional services firm painted a gloomy picture. CEOs had hailed the prospects for global economic growth in 2017. A year later, almost 30 percent predicted a decline in global growth (up from 5 percent). Thirty percent also saw trade conflicts and protectionism among the top 10 threats to their company’s growth.14

The Effect on The U.S. Dollar Exchange Rate of Shrinking the Fed's Balance Sheet

These quiz answers make clear that even as digital technology makes cross-border e-commerce easier than it ever has been before, global trade and macroeconomic factors add significant uncertainty that complicates a SMEs’ ability to actually conduct international trade. 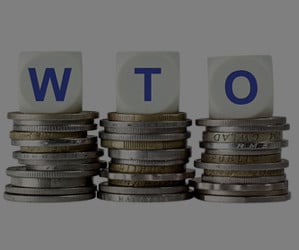 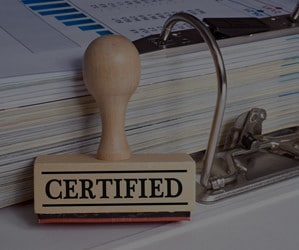 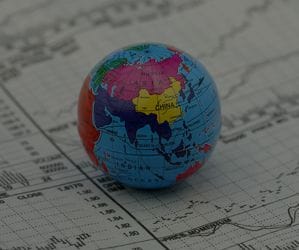