Small and midsize enterprises (SMEs) that trade internationally and, therefore, would like to predict the dollar exchange rate’s up or down direction may well feel that the only way to do so in mid-2019 is with a crystal ball. So many factors influence the dollar’s value that lately, if you consider only one or a few, it may feel as though the exchange rate’s response is opposite to the way it’s supposed to behave.

To help SMEs sort through the confusion, this article discusses the many factors affecting the dollar’s exchange rate, their current behavior, and how they combine to determine the dollar exchange rate’s direction of travel.

Since ending quantitative easing (QE) in 2014, the Federal Reserve has gradually raised interest rates to their present level of 2.75 percent, about half what they were in 2006 just before the start of the Great Recession. The Fed has also reduced the size of its balance sheet significantly. Between them, these monetary policy actions have reduced the quantity of dollars in circulation, not only within the U.S. but globally.

But global demand for the dollar has been rising because, increasingly, global trade is conducted in dollars. The combination of strong dollar demand with falling supply due to Fed monetary policy has caused the dollar’s exchange rate to rise considerably since 2014.1

The Fed has now stopped raising interest rates because of concerns about the outlook for growth and inflation in the U.S., though it is still reducing the size of its balance sheet. If all else was equal, the dollar’s exchange rate should have fallen since the Fed’s January 2019 decision. However, it seems to have had little effect on the dollar’s exchange rate. The Financial Times says that this is because other central banks have also backed off from interest rate rises, and some are cutting interest rates.2

For example, at its monetary policy meeting of June 6, 2019, the European Central Bank (ECB) reiterated its position that interest rates will remain very low or even negative for the foreseeable future. in a press conference, the President of the ECB, Mario Draghi, indicated that re-starting QE was under discussion.3 Low interest rates and QE both tend to weaken the exchange rate of the currency concerned. Thus, the euro could remain weak versus the dollar for some time to come.

But monetary policy is not the only influence on exchange rates.

Markets respond to U.S. economic forecasts as well as to Fed monetary policy signals. Economic indicators that can help predict the dollar’s exchange rate include GDP growth, inflation, the unemployment rate, payroll data, production figures, and the size of the U.S. government deficit.

Collectively, these indicators suggest that the outlook for the U.S. economy is worsening. The dollar’s exchange rate tends to fall in response to gloomy economic indicators because markets anticipate that the Fed might respond by cutting interest rates.

The U.S. government deficit has widened sharply in the last couple of years due to tax cuts. Changes in the tax code introduced at the same time as the tax cuts were expected to encourage corporations to repatriate profits to the U.S., which would then be taxed, thus increasing tax revenues. However, tax revenues have not risen enough to close the deficit.9 This may be contributing to turbulence in the dollar exchange rate.

When an exchange rate is floating, as is the case for the U.S. dollar, higher tariffs on imports tend to cause the exchange rate to rise. The dollar’s trade-weighted index started to rise when the steel and import tariffs took effect, and continued to rise throughout 2018.13 It steadied in early 2019 when China and the U.S. appeared close to a trade agreement,14 but rose again in May when tariff rises were announced.15 Of course, many factors help predict the dollar index, but the correlation between higher tariffs and upwards movements in the dollar index could mean that tariff increases are driving the dollar’s rising trade-weighted exchange rate.

The U.S. dollar index (also known as the trade-weighted exchange rate) is calculated by reference to the currencies of the U.S.’s trading partners. The contribution of each currency to the rate is determined by the proportion of total U.S. imports that come from that country or bloc. Although trade with other countries—notably Canada, China and Mexico—has grown significantly this century, the Eurozone is still the U.S.‘s biggest trade partner. In February 2019, the euro accounted for 18.685 percent of the Fed’s broad dollar index, which includes 25 currencies.16 In the ICE dollar index, which only includes six currencies, the euro’s weighting is 57 percent.17 Because of the euro’s high weighting, particularly in the market-determined ICE index, the trade-weighted dollar exchange rate tends to rise when the euro’s exchange rate falls versus the dollar.

The euro’s exchange rate has fallen versus the dollar since early 2018 due to weak inflation and growth forecasts for the Eurozone.18 Wide divergence of interest rates between the U.S. and the Eurozone also encourages carry trades and issuance of “reverse yankee” bonds (euro-denominated bonds issued by U.S. companies outside the U.S.), both of which tend to weaken the euro relative to the dollar. All of this tends to drive up the U.S trade-weighted dollar exchange rate.

Investors regard the U.S. dollar and dollar-denominated assets, especially U.S. government debt, as “safe assets.” This means that the holder’s risk of loss is very low. The interest rate on the three-month U.S. Treasury bill is used worldwide as the closest equivalent to a risk-free rate. Thus, when global risks are rising and the outlook is gloomy, investors may sell riskier assets such as developing country government bonds in favor of high-quality U.S. dollar-denominated assets.

The dollar’s exchange rate can therefore rise when the economic outlook in other countries worsens or global political risks rise. So, The Wall Street Journal suggests that one reason for the dollar’s strength may be a worsening global economic outlook and slower growth in Europe and Japan.19

Fedwire: The US Dollar in International Payments

To the Moon: USD’s Foreign Currency Exchange Rate Rose Unexpectedly in the Great Recession – and Could in the Next Crisis, Too

With 17 years experience in the financial industry, Frances is a highly regarded writer and speaker on banking, finance and economics. She writes regularly for the Financial Times, Forbes and a range of financial industry publications. Her writing has featured in The Economist, the New York Times and the Wall Street Journal. She is a frequent commentator on TV, radio and online news media including the BBC and RT TV. 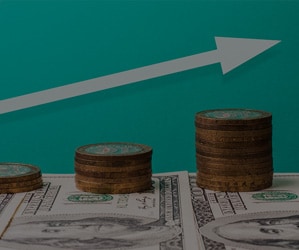 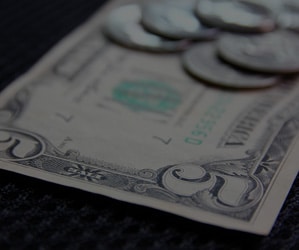 The Impact of a Strong U.S. Dollar on Corporate Earnings 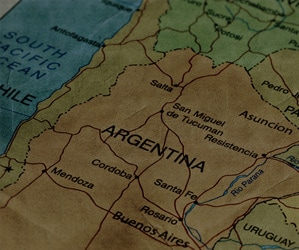