Mobile money services have rapidly proliferated in Africa, Asia and Latin America, fueling the global growth of mobile consumer and B2B payments services by enabling hundreds of millions of people to participate in electronic transactions for the first time.1

One reason for the growth of mobile money payment services is that in some countries, mobile phones have spread faster than banking services. According to a McKinsey & Company article, mobile phone penetration in Africa averages 80 percent, twice the rate of banking penetration;4 GSMA estimates that worldwide, some two billion people still lack traditional bank accounts.5 By the end of 2016, there were more than 170 million mobile money accounts in active use, according to GSMA.6

The origins of mobile money can be traced back to the early 2000s, when mobile operators started developing mobile payment services following the realization that customers were transferring airtime among themselves as a proxy for money.7

Initially, mobile operators viewed mobile money as a tool for increasing customer loyalty and usage of mobile services.8 However, that changed rapidly, particularly with the 2007 introduction in Kenya of M-Pesa, the first service to demonstrate the potential of mobile money to transform access to financial services.9 Before the advent of such mobile payment services, transferring money to distant locations often meant using intermediaries to ferry envelopes containing cash, according to GSMA.10 M-Pesa allowed people to immediately transfer money, send remittances, and pay for goods and services with a broadening range of other consumers and businesses.11

Mobile money payment services typically rely on local agents that exchange cash for mobile money and vice versa, enabling customers to use the mobile money for consumer and B2B payments. Agents accounted for roughly 95 percent of such cash-in and cash-out payments in 2016, according to GSMA, and in many cases also perform transactions on behalf of customers.12

The use of agents is a key reason that mobile money payment services have a much greater reach than banks in many countries. GSMA estimated that in 2016, there were about 2.3 million active agents worldwide; 30 markets had 10 times as many active agents as bank branches. In Kenya, the difference was even more dramatic, with 538 mobile money agent outlets per 100,000 adults compared to only 6 commercial bank branches and 11 ATMs.13

M-Pesa took off rapidly, becoming the first service to reach a million users in 2008. That grew to 16.6 million active users by 2016; the total number of registered accounts reached 90 percent of Kenya's adult population, according to GSMA.14

Following the launch of M-Pesa, mobile money payment services experienced spectacular growth in other countries too. According to GSMA, in 2016 there were 277 live services across 92 markets, including two-thirds of low- and middle-income countries; another 100 or so deployments were planned.15,16 Worldwide, the number of registered accounts topped half a billion in 2016, with 174 million of those accounts active on a 90-day basis. The value of transactions processed by the mobile money industry totaled $22 billion in December 2016 alone, GSMA estimates.17

Africa leads the world in adoption of mobile money payment services, according to McKinsey & Company, which noted that the number of users has been growing at 30 percent a year and that roughly half of the world's mobile money payment services operate in sub-Saharan Africa.18 As of 2016, according to GSMA, about 100 million of the active accounts were in sub-Saharan Africa, with another 14 million in North Africa and the Middle East; about 47 million were in the Asia-Pacific region, 11 million in Latin America and the Caribbean, and the remainder in Europe and central Asia.19

Mobile money is increasingly being used for business-related transactions, including B2B payments. In 2006, mobile money was mostly used for sending money in-country or topping up airtime. Since then, international remittances, bill payments, merchant payments and bulk disbursements such as salary payments have grown from 7.8 percent to 18.8 percent of transaction volume, and an even larger share of total value. Bulk disbursements, international remittances, and merchant payments were the fastest-growing uses in 2016.20

Providers are also offering a broader range of financial services. In 2016, there were 106 live mobile-enabled insurance services available in 31 emerging markets, according to GSMA.21 The organization also says that mobile money has enabled millions of individuals and businesses to obtain credit, noting that there were 52 live mobile money-enabled credit services in 2016.22

A 2016 McKinsey report analyzed the economic impact of digital finance, including mobile money payment services. The report estimated that widespread use of digital finance could provide access to financial services for 1.6 billion people in emerging economies, potentially boosting annual GDP by $3.7 trillion by 2025, a six percent increase versus a business-as-usual scenario.25

Despite the rapid expansion of mobile money payment services, obstacles remain. These include interoperability between payment services, and between mobile money services and banks. According to GSMA, interoperable services existed within more than 15 countries by 2016. Cross-border operability is also increasing, driving down the cost of international payments and remittances.26 GSMA is also working on harmonized application programming interfaces (APIs), in part to improve interoperability and make it easier for businesses to incorporate mobile money into their operations.27

In some countries, many people cannot access formal financial services because they lack evidence to establish their identity. Some governments are establishing national digital identity schemes to help solve this issue.28

The Fast Changing World of Blockchain Solutions for Trade Finance

The Evolution of Global Business Services

The worldwide adoption of mobile phones has helped to drive the spread of mobile money payment services in Africa, Asia and Latin America. These services are fueling the global growth of mobile consumer and B2B payments, as well as other financial services including insurance and lending.29 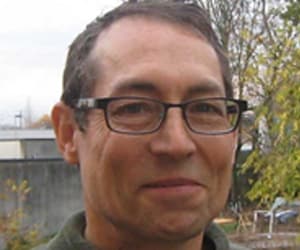 Mike Faden has covered business and technology issues for more than 30 years as a writer, consultant and analyst for media brands, market-research firms, startups and established corporations. Mike also is a principal at Content Marketing Partners. 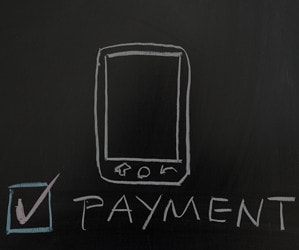 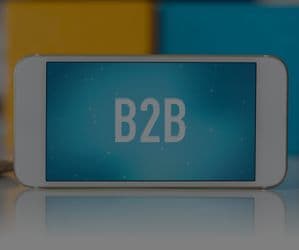 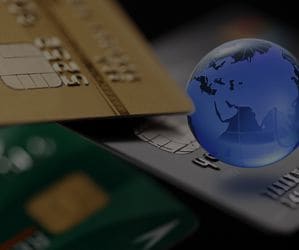